One of the cascades at White Rock Falls.  I can only guess the big boulder is the whitish rock, though there were no truly white rocks around. 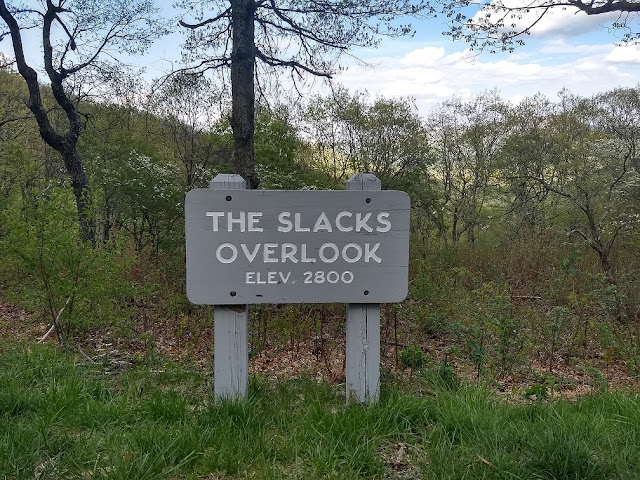 There are two ways to the falls, the shorter of the two is by parking at the Slacks overlook, about 7 miles South on the Blue Ridge Parkway from the Fenton Inn ( MP 19.9) 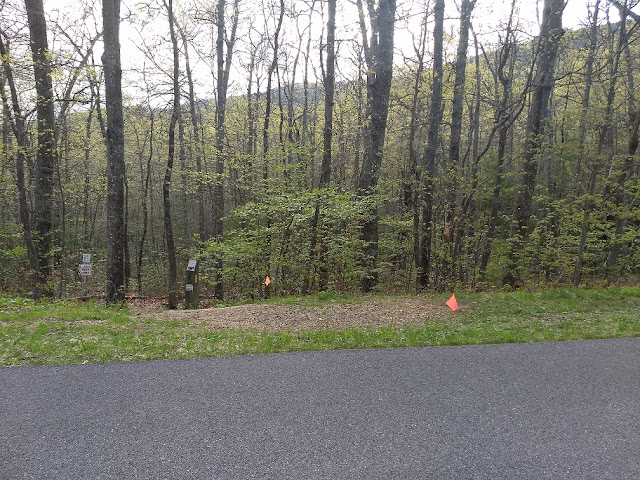 The trail head is across the Parkway from the overlook and fairly subtly marked if you don't know where to look.  There are orange flags near the road and a small sign.  Once on the trail, the path is very well marked and cleared, with several wooden bridges across the stream. 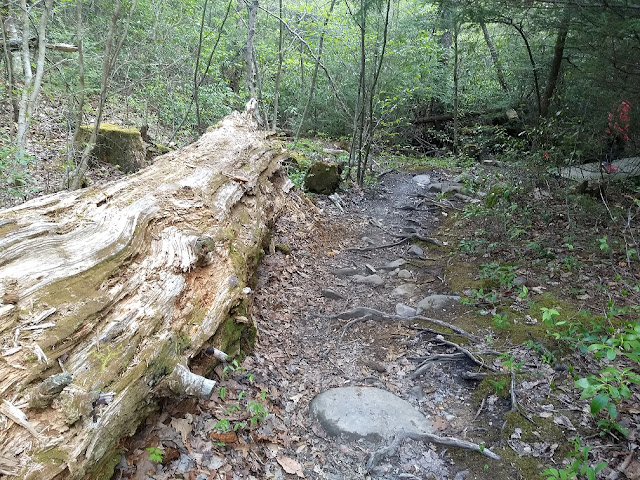 A large fallen tree.  This ancient giant Hemlock may have been the ancestor of the many Hemlock trees in the area. 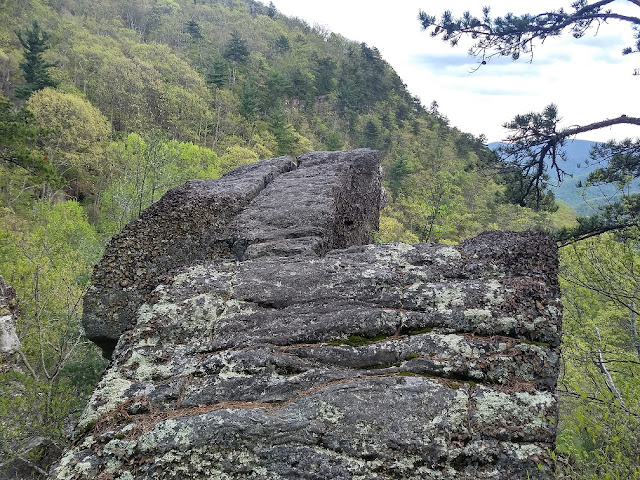 A view out over the valley.  The woods are a mix of pines and poplars just getting their leaves in late spring. 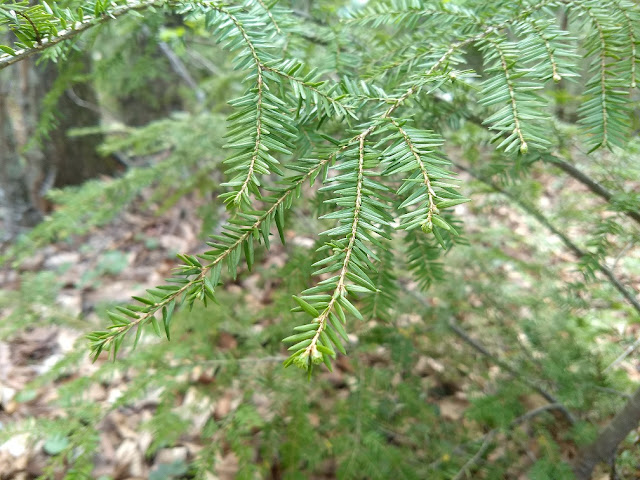 A Hemlock tree has needles that are flat and branches that are also flat, where as most other pines have rounded needles and grow three dimensional branches and needle clusters. 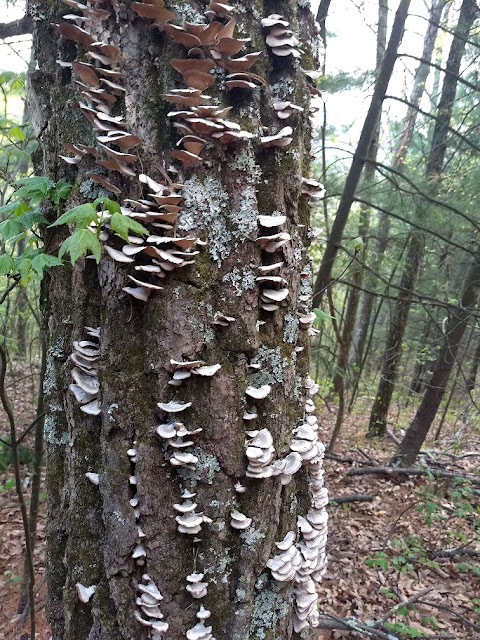 A Chestnut Oak with shelf mushrooms. 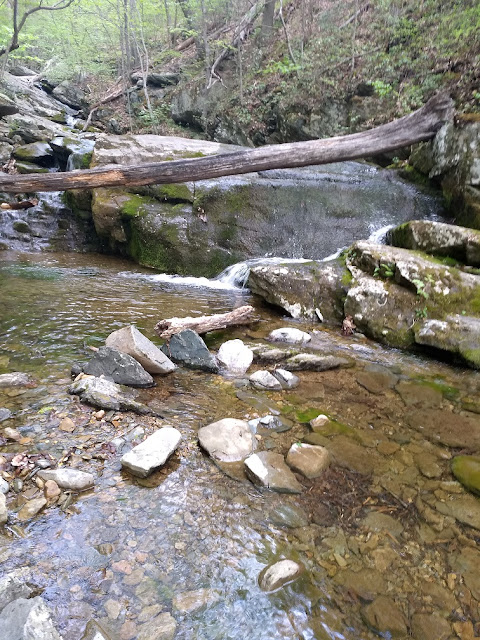 A lower cascade at the White Rock Falls where the trail crosses the stream.  We turned back at this spot, but had we taken two cars, we could have left one at the other end of the trail and continued on the trail.  As it was, we hiked for about 45 minutes to the lower falls and about the same to return to the overlook.  There was a bit more climbing on the return hike, but mostly shaded in the cool woods. 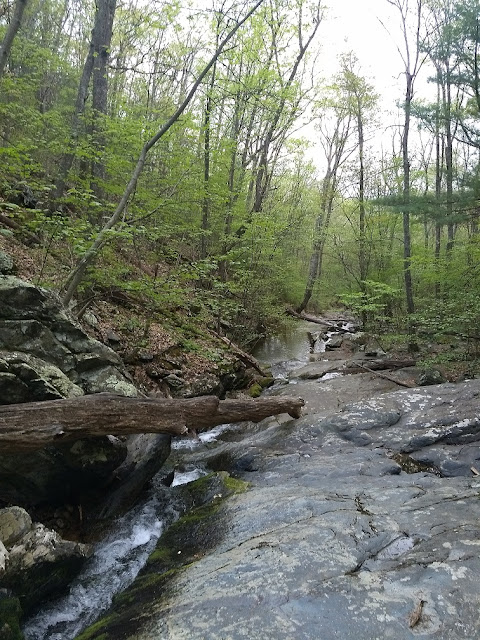 Another cascade at the waterfall as the stream descends into the valley. It was a good afternoon hike, enough to feel like we went somewhere with out taking more than 2 hours.  Some of the best views were back at the car at the overlook, but the woods along the trail were filled with spring flowers, mountain laurel, trillium flowers, and many scenic rock cliffs to make it a very rewarding hike.
Posted by Wilhelm the Woodcutter at 1:03 PM