A panoramic view from the top of the one mile long hike up the mountain. 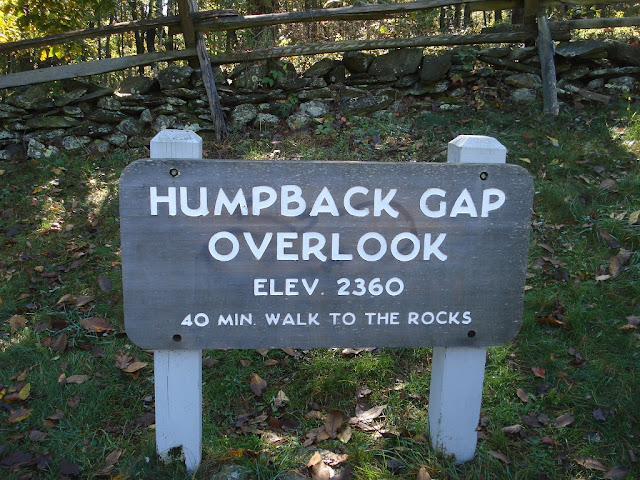 The hike is fairly steep, but not very long, so a few breaks for water at one of the many benches along the way, and the top is in sight. Most of the lower section of the trail is very wide with gravel surface. About half way up, the trail changes to a more narrow climb, with sections having steps or climbing over large boulders. It can be a bit slick in the rain, so wear good shoes with some traction. The best method is to take someone much slower than yourself on the hike. That way you will get plenty of rest waiting for them at each switch back of the trail and they will do all the complaining for you through the steeper section. By the time they reach you, you are fully rested to scramble up the next section. 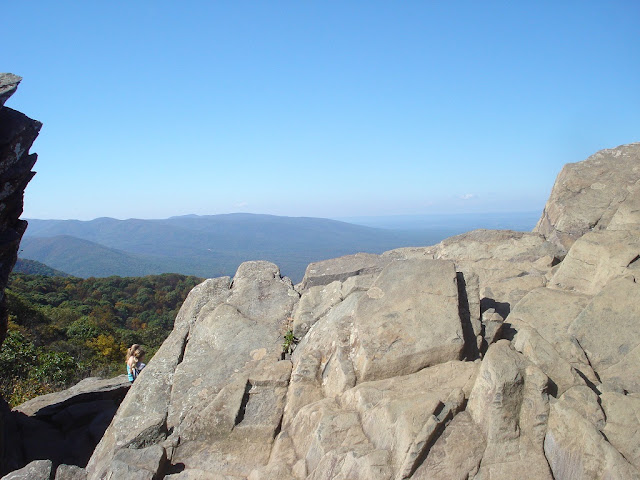 The reward for the hike is to get to the top and enjoy the view out over the Shenandoah Valley . The rocks are sloped at about 45 degrees, remnants of some ancient collision between the continents a half billion or so years ago. The rocks of the valley are limestone from a long lost ocean and they are going under the igneous rocks of the Blue Ridge Mountains right below your feet. The uplifting of the two layers are why the mountain top rock are pointed up and to the west all along the Blue Ridge Parkway. 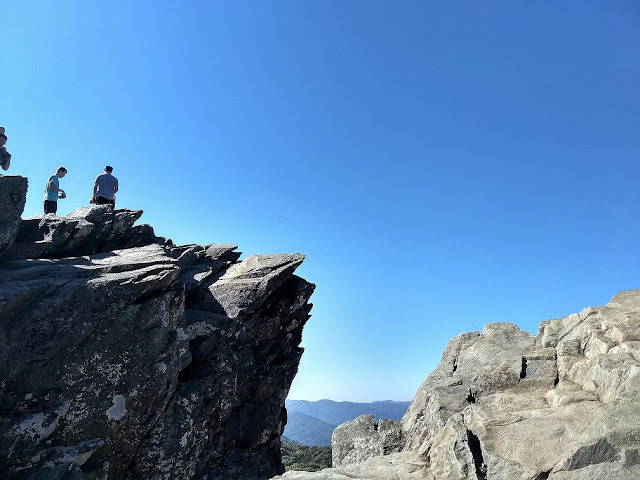 A view of the rock layers, a half billion years in the making. These are the oldest mountains on earth, predating all but the simplest life forms. By contrast, the valley limestone is formed by a build up of complex life forms that used calcium to make shells at a much later period. These mountains have seen an ocean as big as the Atlantic Ocean, come and go from this view, seen dinosaurs, and multiple ice ages. Monican Indians roamed these mountains for a few centuries. Two hundred years ago, Peter Jefferson (Thomas Jefferson's father) surveyed the area, giving us such names as Devil's knob and backbone after finding it unsuitable to farming. In the 1930s, work crews put in the Blue Ridge Parkway and at that time, much of the land around had been clear cut. It is a lot to take in in just one view.
Posted by Wilhelm the Woodcutter at 1:18 PM