The Plunge hike at Wintergreen Resort.


Imagine a long hike on the Blue Ridge Mountains to get to a rocky peak over looking a long valley, and then replace the long hike with a 5 minute drive and a short climb, and that is what the plunge is about.  No need for a back pack or a compass here, but you will need some good shoes as the trail involves a lot of steep climbing over rock faces and cliff.  The trail head is at Black Rock Park, which is about half way around Black Rock Circle, which is the first right turn after the Black Rock Market. 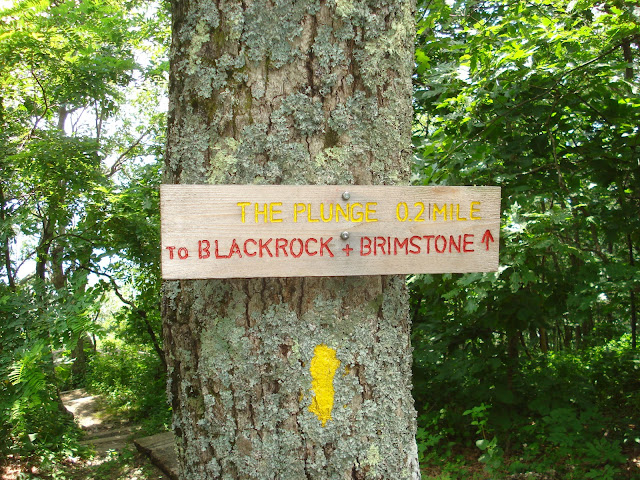 In a few minutes and after descending a few flights of stairs and feeling a bit like a mountain goat, there is a great overlook of the Beech Grove area including the Devils Backbone Brewery and Bold Rock Cidery. 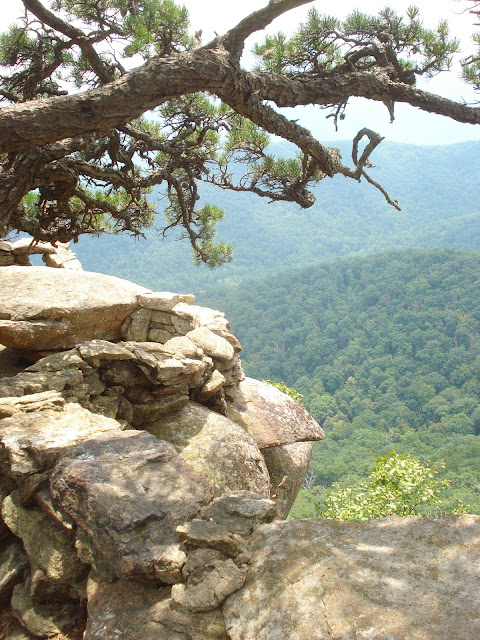 It looks a bit like ancient ruins of a lost time, but only goes back to the 80s when the trails around Wintergreen were being made.  The Nature Foundation maintains a number of trails that circle the entire Wintergreen area, but there are many access points along the way to allow you to go on shorter hikes to different areas. 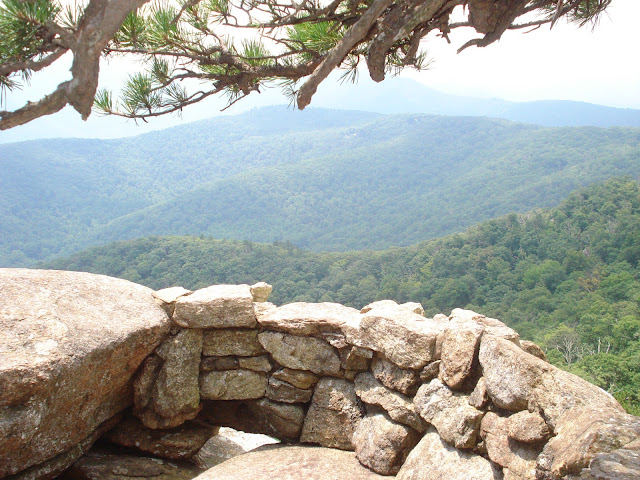 Looking out towards Three Ridges.  We spend a lot of time looking at the same mountain from the Fenton Inn, but it is interesting to get a different angle. 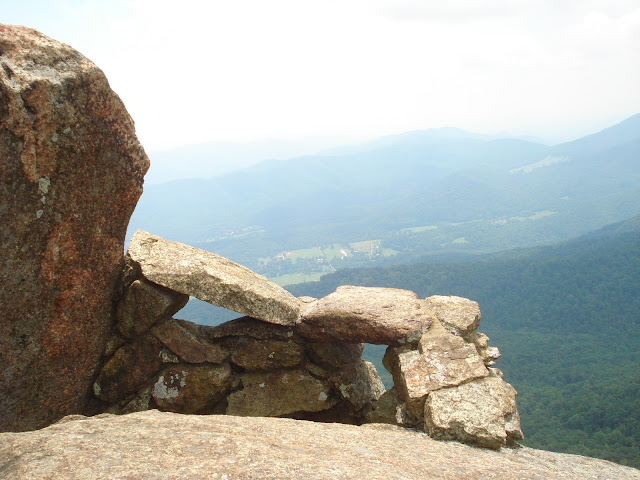 Yes it is a bit hazy in summer, that is why they are called the Blue Ridge Mountains. Fenton Inn will be located just past the second mountain on the right of the picture. This mountain is called- Fortunes Ridge and at one time had a farm on the top. Way back that area was known to be an Indian Hunting Camp.
Posted by Wilhelm the Woodcutter at 3:50 PM